Here at Seamill Hydro we are always trying to stay ahead of the curve with our product offering for our customers, so we were delighted when two of our staff made it to the final round of an Edinburgh Gin cocktail competition.

Gin is still very much the drink of the moment in the industry this year and at Seamill we try to pick out what we believe to be the best the market has to offer. That’s why in the ever expanding, and overwhelming, gin market we choose Edinburgh Gin as our house-pour. 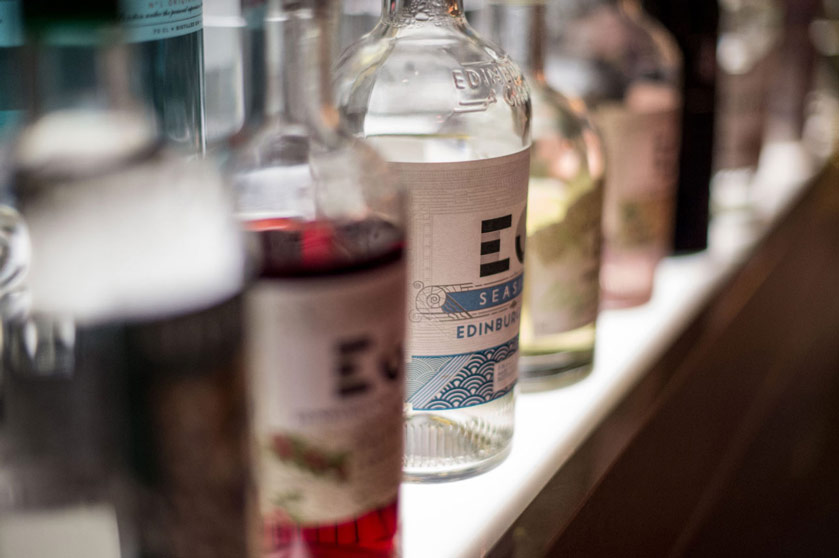 Recently, two of our staff, Layla Hendry and Calum MacLean developed Edinburgh Gin based cocktails and made it to the final round of ‘The Best Coast Battle’ cocktail competition.

The final, held at Glasgow’s Arches, was well attended as Seamill Hydro staff attended in support of their colleagues. The event allowed staff to meet the Head Distiller of Edinburgh Gin and learn more about it’s production and the methods involved, sample their new limited Edition Edinburgh Gin 1670 and enjoy a guided tasting of their whole range. To say this got the creative juices flowing would be an understatement and our team have came back with plenty of ideas to refresh our drinks list!

On the night, Layla’s entry of Edinburgh Seaside Gin with Limoncello, Triple Sec, apple juice and egg white served over ice, was well received by the judges and spectators alike.

Similarly, Calum produced his cocktail, the Duke’s Tea, a blend of Edinburgh Seaside gin, Limoncello and Earl Grey Tea designed to be served in a dainty teacup alongside afternoon tea, and received plenty of praise from the judging panel.

In what was a competitive field with some very strong entries, Calum was beaten into first place by only one point in the end.

Layla and Calum both performed flawlessly under the watchful eye of judges and the critical eye of their peers and colleagues and produced their cocktails exactly to specification, no mean feat!

Both entrants took their feedback from the judges on board and are looking forward to their next opportunity to create something that will see them hopefully coming away as winners next time around.

If this has you craving a G&T on our terrace then we stock a wide range of Edinburgh Gin products – Edinburgh Gin, Edinburgh Seaside Gin and their range of liqueurs, including Raspberry, Plum & Vanilla, Elderflower and Rhubarb & Ginger. Our bartenders in the Aura Bar and Orangery Brasserie will be more than happy to indulge you in one of our cocktails, a perfect serve or simply your favourite gin served your way!

Sign up for our newsletter, and we’ll keep you updated on all events at Seamill Hydro.

Find a room at Seamill Hydro on the stunning Ayrshire coast